Business Fraud: What Will Happen When the Tide Goes Out? 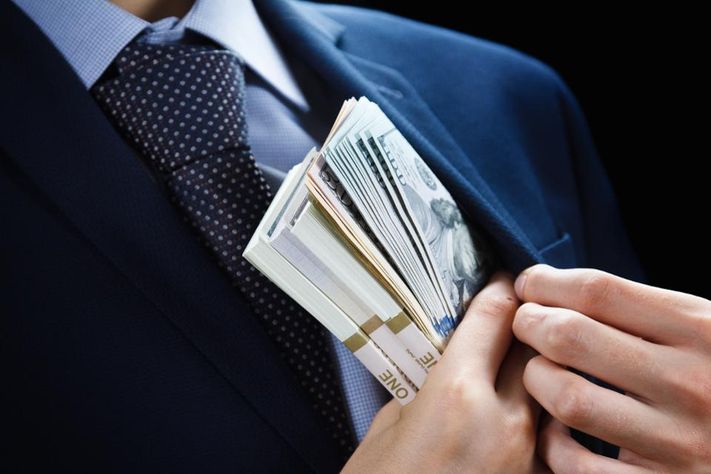 Throughout economic history, financial prosperity has acted as the ultimate smokescreen for acts of business fraud. On the other side of the equation, however, once the financial tide ebbs, those same acts are left exposed for everyone to see. In the context of the COVID-19 pandemic, there is no lack of commentary suggesting that we (the world) may be heading for a deep recession, which may span 2021 and possibly beyond. If this does eventuate, what will this mean for those involved in financial fraud and other forms of white-collar crime?

COVID-19 is pushing back the tide, and fast

Warren Buffett once stated the oft-repeated words, “You only find out who is swimming naked when the tide goes out”. Unfortunately for many fraudsters, the COVID-19 pandemic is pushing back the tide at a rate rarely seen in modern economic times, if ever. While this rapid decline may also mean a speedy bounce-back is likely, the economic dip may be deep enough to reveal all. This will be accelerated as some global companies involved in systemic business and accounting fraud were already pushing their luck and had been partially exposed as a result. A recent Economist article outlines several examples of exactly this type of (thankfully rare) large-scale accounting fraud, including a number of Chinese companies such as Luckin Coffee and GSX which had vastly inflated their sales. They also cite other firms, such as WeWork who have just about remained on the side of the law by using Generally Accepted Accounting Principles (gaap) to make a loss in 2018 into a healthy profit.

The COVID-19 pandemic will lift the veil on some fraudsters, but it will also drive new frauds, due in large part to desperation. It will be all too tempting for businesses struggling to survive to buy themselves some time by not being honest about the state of the books, applying for government bailout money when they do not qualify, furloughing staff who are still working, and other fraudulent practices. It may be that some will be tempted to take advantage of the situation in the belief that most business chicanery will be brushed under the rug and we will all start with a clean slate once things return to normal. But is this faulty logic?

To predict the future we need to look at the past

It is commonly believed that most bankers who were culpable for the 2008 financial crash evaded criminal prosecution. According to the Financial Times, 47 bankers were jailed for their role in the financial crisis. In the wash-up, serious acts of insider trading, accounting fraud, and other financial deceptions were discovered and pounced upon by the authorities. According to Channel 4, the LIBOR scandal saw at least five people sent to jail (one person was jailed for 11 years for conspiracy to defraud). It has to be said, however, that the UK took a softer stance than the US. US authorities went after those at the root cause of the financial crisis, especially in relation to mortgage mis-selling, and also those who misused government bailout money. On this latter issue, investigations by the US Special Inspector General for the Troubled Asset Relief Program (SIGTARP) into the alleged misuse of funds eventually led to 402 individuals facing criminal charges, including 97 bankers charged with fraud (including some Wall Street traders); 324 people being convicted, of whom 222 were sentenced to prison.

Will there be a stronger appetite to bring corporate wrong-doers in the future?

The extent to which any dishonest practices of companies and banks during the predicted financial crisis will be brought to justice will be, in part, determined by who is in power at the time. In order to investigate historical and often complex financial crimes, vast resources are required, and this requires a serious commitment by those at the top of government. With Brexit also on the horizon, it is reasonable to suggest that the government will not be robustly focused on bringing perpetrators of business fraud to justice, either during or after the immediate COVID-19 pandemic crisis, in the next twelve months. Their focus will almost certainly be elsewhere. This means it will fall to the existing oversight authorities to investigate financial crimes. The announcement by Chancellor, Rishi Sunak, in March of a £100m levy on companies to help combat money laundering, does suggest some renewed high-level commitment to tackling economic crime in the UK. The new levy is intended to be used for the implementation of new technology for law enforcement and also to hire financial investigators in line with the Economic Crime Plan unveiled by the National Crime Agency (NCA) in July 2019.

Whether there will be a new wave of financial crime as a result of the COVID-19 pandemic (and its economic impact) remains to be seen, however, some will undoubtedly use this as a smokescreen for financial wrongdoing, and others will be exposed for historical criminal behaviour. Brexit may also provide further cover, especially given the government will be entirely focused on planning and managing any fall-out which arises. This will leave the existing authorities to bring business criminals to justice. The extent to which they can and will depend largely on their capacity and resources to investigate in the wake of COVID-19 and Brexit. Only time will tell how successful they will be.

Tanveer Qureshi specialises in health and safety, food hygiene, and environmental law. If you require legal representation, please contact Tanveer directly at tqureshi@4-5.co.uk or via his chambers, 4-5 Gray’s Inn Square. for more about Tanveer or to subscribe to his newsletters, please go to www.tqlegal.co.uk.